Our visit to MAZLUMDER

Our Visit to Headquarters of Good Party and Felicity Party 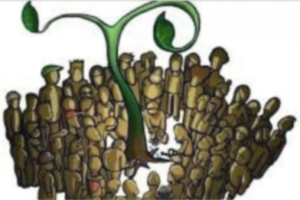 In September 2019, while presenting the 11th annual report of the small Provincial Assemblies of Turkey, we regretfully announced that “the lights of the Kitchen were turned off”.

The small Provincial Assemblies of Turkey were a unique organization that tried to ensure that civil society and politics – the electorate and the elected – would come together regularly and talk about the general problems of the country and the local problems of the provinces without prejudice and censorship.

There were autonomous departments in the provinces (such as Kocaeli sPA, Kayseri sPA, Muğla-Bodrum sPA), the units serving all of them were in Ankara (relations with the Parliament) as well as an office in Istanbul, which we called the “Kitchen”.

When we set out for this job, we thought:

The main goal is the active participation of civil society in decision-making processes in all areas of life and everywhere else. But we are still far from that goal. Political processes are regulated from the top down. The civil society has neither sufficient strength nor the tradition for it. Of course, it is impossible to reach our goal from the top down. Why would anyone who has power share it with others?

If this work is going to happen one day, it can only occur from the bottom – from society to the government. Would it take a lot of time? Of course. Let’s suppose it takes 50 years. So if we start today, 50 years from now – if we postpone it to next week, it’s 50 years plus one week.

“Then we have to start,” we said, and we started.

What lifespan did we expect for this work?

Because the work we were doing was “oaring against the current” and it was doomed to blockage. But one day, when this desire resurfaces as a “social need”, we thought, those who would continue the work could continue from where we left off, not from scratch. So the 50-year calendar, despite its breaks, would continue to run.

After 2 years of preliminary preparations (issue-based “Common Denominator” meetings in 8 regions), the sPATs started to meet in 2008. During the first year, we started to knock on the doors of political party administrations after collecting the results of the studies carried out only on the basis of civil society in a report. Thankfully, none of them shut the door in our face. We received serious support from some, from others we only received smiles. We thank all of them, once again.

Yet, the result was as we expected. As a result of financial difficulties on the one hand and increasing polarization in politics on the other, we were unable to sustain this structure. In September 2019, the lights in the kitchen went out.

However, the work that we thought would live for 1-2 years only lived for exactly 11 years!..

“Where did we go wrong?” of course we thought deeply.

This was the conclusion we reached: The desire of the society to “discuss the problems with friendly talks without quarrels and seek solutions” was far beyond what we could imagine.

Against the decreasing participation of the elected, we witnessed a much more extreme example of the discourses of the civil society participants, who continued to say, “Let them not come if they don’t, we were longing for a monthly friendly discussion”.

One of our participants, who came from a tradition of a nationalist organization, openly said to another known leftist: “If we had come together 40 years ago, I could have shot you.” The two are now very good friends.

We wouldn’t have to wait long. 2 years after September 2019, in September 2021, the political polarization that formed the basis of all negativities, unfortunately still continues, but this polarization – ironically – also strengthened its opposite: the wish of “coming together as friends and searching for solutions to common issues, together“.

Now is the time to work to make this societal wish come true.

Hope is not lost on man, nor on society.

Hoping to give you the positive news as soon as possible…